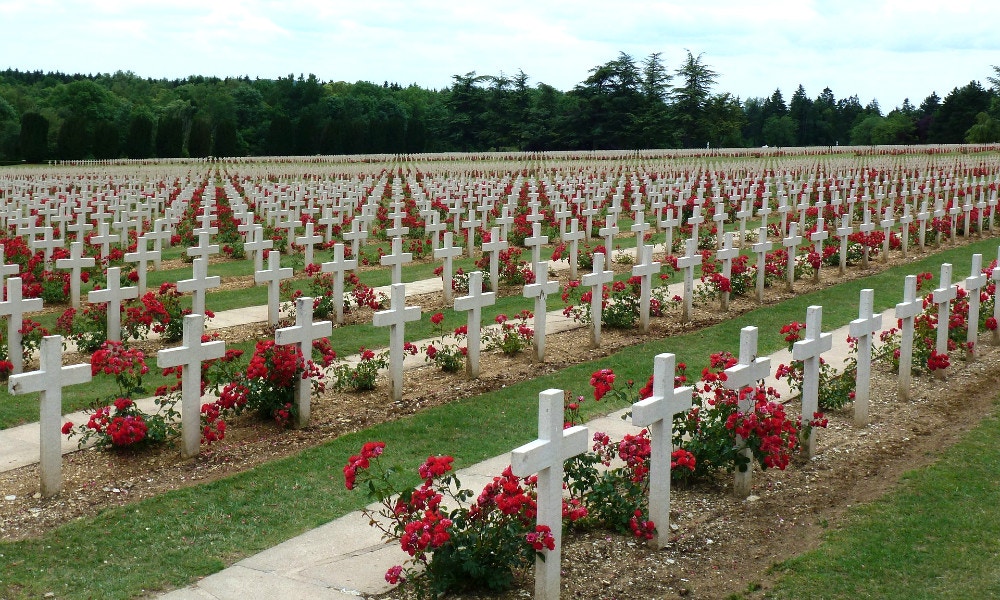 The Man We Never Knew Posted By: Colin1947

There's a voice that begs us to listen, and it comes from across the sea,

Though you've never met the caller, will you listen to his plea,

Will you pause for just a moment, whisper soft a prayer or two,

Will you bow your head in silence, for the man we never knew.

We know not what his name was, nor the colour of his skin,

We know not of his virtues, of his weakness or his sin,

But we know he died in battle, though he never cared to fight,

For his country's call had reached him, and he died for what was right.

Was he from the teeming city, from the village, farm or town,

Did he thrill to every sunrise, count his joys as night came down,

Was the breath of life sweet to him, as it is to me and you,

Was he awed by nature''s wonder, this man we never knew.

We know not what his thoughts were, as the ending swiftly came,

Did he ask his God's forgiveness, did he breathe his mother's name,

Did he think of home and laughter, of a sweetheart, wife or friend,

Did he dread to face that moment, as he hastened towards the end.

He's asleep across the ocean, with a hundred thousand more,

Who, for our country and our freedom, died on a foreign shore,

Yes, there's a voice that begs us to listen, and the message is plain,

He has paid the price of freedom, let it not have been in vain.

Will you pause for just a moment, in your very busy day,

Will you bow your head in silence, and a few words softly pray,

Will you wear the blood-red poppy, and with feelings that are true,

Give thanks to God for freedom, and the man we never knew.

Editor's note: The author of the poem isunknown.

Understanding is the seed of hope

Thanks Colin, The Man We Never Knew, was much honored on ANZAC Day.

GSA met him and thousands like him on a recent visit to the war cemetery at Verdun. The pain of that European killing field is palpable.

France and Germany stripped of young men, villages reduced to mounds of earth. Fields of crosses as far as the eye can see.

A War Memorial, The Ossuary at Douamont, with human bones, French and German, collected from the battlefield numbering something like 130,000 human fragments.

My grand-daughter Claire is an International with two passports, Australian and German, who livesin the Dutchy of Luxembourg.

We stood together at Verdun before the cross of a Frenchman who fell. Among the thousands of white markers, stark and lonely in a heavy mist it was the only one we saw with flowers which someone had left.

The child understood, she stood in silence before the fallen Frenchman's grave and bowed her head in silence for the man she never knew.

Her understanding is the seed of hope. Garth

During the battle the Germans would fire nearly 22 million shells with the French replying in kind. A French soldier wrote, It's an unending hell - in a word, it is solitude in all its horror; when will this veritable martyrdom end?.

The Ossuary at Douamont is perhaps the most striking and fitting symbols of the Battle of Verdun. Not only is it the largest French military cemetery, containing the graves of over 16,000 men, it also grisly illustrates the ultimate result of all of the Verduns in human history.

Beneath the towering ossuary, (Pictured) visible through small windows, are the piled bones of over 130,000 unidentified French and German soldiers. United by death in grim solidarity, these bones chillingly relate that man has much more in common in death than ever was different in life.

The Battle of Verdun (Bataille de Verdun), fought from 21 February to 18 December 1916, was one of the largest battles of the First World War on the Western Front between the German and French armies. The battle took place on the hills north of Verdun-sur-Meuse in north-eastern France.

Verdun is a battlefield well worth a visit.

Because the area was so devastated after the battles of 1916 it was declared a Zone Rouge after the War.

Sogreat was the destructionthat with so many munitions still around unlike the Somme and Flanders, the villages that had been destroyed were not rebuilt.

Hence there are a lot of features still to see.

The sites of the destroyed villages themselves are particularly moving.

Verdun was the scene of one of the bloodiest and intense battles of the Great War.