It is a bushland setting with big shady sites and comfortable airconditioned cabins.

It is 46km from South Australia's capital Adelaide between the townships of Maslin Beach and the Historic Port Willunga in the Aldinga area. So don't drive to Aldinga township to find it. The tourist Park is to the north.

Pets and their owners are welcome too on sites at the managers discretion.

For the many children who have never enjoyed a country lifestyle BIG4 Port Willunga Tourist Park has a natural experience with chickens, geese and ducks to be fed.

Swim in the saltwater pool, play tennis or beach volleyball or head for the children's playground.

The Games Room has pool table, Pinball, table tennis, arcade games and Internet Kiosks. The camp kitchen, has gas barbecue, food preparation benches and under cover eating area and there is also a comprehensive Laundry.

Shop/kiosk hours are from 8am - 7pm with a night bell for late arrivals .

BIG4 Port Willunga Tourist Park is a good start point to explore South Australia's Fleurieu Peninsula. It is close (about 10km) from McLaren Vale and its world famous wines.

How to get there -

or the Southern Expressway if open, (check times they vary).

After leaving Adelaide's southern suburbs turn right onto Sherriff Road, (look for the sign), follow to the end then left onto Old Coach Road and then right onto Tuit Road.

There are signs to follow from Main South Road.

Willunga intersection and head towards the coast (left) follow to the end.

Turn right on Main South Road B23 and join those travelling up from Cape Jervis.

Take the first left into Old Coach Road and head north through Old Aldinga, past the pub 2-3 kms turn left into Tuit Road.

The Fleurieu Peninsula draws artists with its beautiful, bald hills which sweep down to sun-drenched beaches. Wineries, orchards and pastures are patch-worked between bushland; and quiet roads lead to alluring cellar doors where you can sit back and take it all in.

It's all less than 40 minutes from Adelaide. Jump in the car, drive south on the Fleurieu Way and within the hour you can be walking, surfing or fishing on long, sandy beaches.
Drive straight down the coast to dive on the former warship HMAS Hobart at Yankallila Bay; or begin the 1500 kilometre Heysen Trail at Cape Jervis, weaving your way through the dense bushland of Deep Creek Conservation Park.

The Fleurieu has seriously good wine country (there are more than 50 cellar doors in the McLaren Vale wine region alone) plus enough great restaurants, produce outlets and markets to break even the strictest diet.

McLaren Vale is undoubtedly the most famous wine region, but there's also Southern Fleurieu, Currency Creek and Langhorne Creek home to the Brothers In Arms winery.

Settled in 1839 and retains much of its Scottish flavour, Strathalbyn boasts a long boulevard of heritage buildings housing antique shops, galleries and cafes. Among its most beautiful buildings are the Police Station and Court House Museum, the old school and the gasworks. There's a lovely manicured park beside the Angas River and it's just a short drive to the wineries of Langhorne Creek.

Along with fabulous wines, the peninsula is famed for its olives and olive oil, almonds and cheeses. You'll find gourmet bread, regional lamb and venison and great seafood from the oceans and the Murray River. A growing number of restaurants, farmers markets, cellar doors and speciality stores are devoted to regional fare and October is Fiesta, an annual celebration of the new seasons olive oils and wines.

Catch a Spirit of the Coorong cruise from Goolwa into the shallow lagoons of the Coorong National Park. Its a fragile 120 km strip of coastal wilderness, home to wader and waterfowl birds. The cruise lands at places accessible only by boat, and expert guides take you to spectacular dunes and across the Younghusband Peninsula to the Southern Ocean.

The park and its adjacent wetlands host the annual Meet the Waders festival where the arts, nature conservation and the environment are celebrated in gallery exhibitions, bushwalking, painting and bird watching excursions.

The former Navy ship HMAS Hobart was scuttled off the Fleurieu coast near Yankalilla in November 2002 creating one of the best dive sites in Australia.

More than 7,000 divers have explored the submerged vessel, which remains largely intact from the engine room, smoke stacks, to missile launchers and gun turrets.

Encounter echidnas, kangaroos and sea eagles in the spectacular setting of Deep Creek Conservation Park, nestled against the rugged southern coastline of the Fleurieu Peninsula. Hike the Heysen Trail or follow the extensive network of coastal trails for views out to Backstairs Passage and Kangaroo Island.

Although their respective nations were at war at the time of their encounter in 1802, the pair swapped notes before peacefully going about their business to map the southern coast of Australia.

It is thanks to Baudin that today we have the Fleurieu Peninsula (honouring French politician, Comte de Fleurieu). 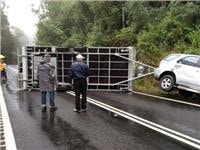 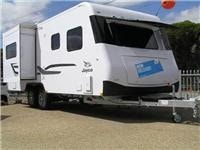