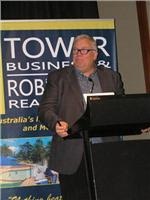 "Not all tourism is good tourism", he told delegates at the recent VicParks annual conference at the Mantra in iconic seaside Lorne.

He said Geelong & The Bellarine needed to consider (in their decision to ban non-compliant freedom camping) their compliance with national competition policy and competitive neutrality principles.

There are more than 1700 camp sites available in the region that cater for campers, he said. Non-compliant freedom camping is banned in the region because it is in direct competition with commercial Caravan, Holiday, and Tourist Parks.

The Country Fire Authority Act is an example, he said.

The City of Greater Geelong region has 26 Caravan, Holiday, and Tourist Parks with sites available for RV's from 6m to 20m long. There are two black water dump sites available to the public free which are accessed via major highways, he said.

Editors Note: Here is a GoSee free library link to a Geelong Surf Coastexperience GoSeeAustralia had with Jucy Campers:

www.GoSeeAustralia.com.au and www.GoSeeNewZealand.co.nz are free roadtouring websites set up by the Canberra based website building company ContACT Internet Solutions.

Both websites are designed to provide an easy to use free national source of information for travellers and the caravanning industry to assist drive tourism in Australia and New Zealand.

Our company policy is to recommend caravan parks for the security of travellers. Our staff members include long-term caravan park owners. GoSee free camps when and where appropriate. GoSee will not free camp to the detriment of a caravan park.

When travelling GoSee pays its way. Usually this is at the commercial rack rate.