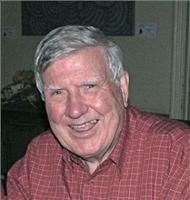 In an article in Crikey on December 19, 2013 Everald Compton said Seniors become five days a week slaves because their children prey unashamedly on grannys undeniable love of grandchildren :

Today his comments are even more relevant as Australia faces the real prospect of a succession of one-term governments. Australia is abusing its Seniors and Volunteer workers many of whom are victims of New Start and job training rorts.

The ageing tsunami is upon us Everald Compton says.

Seniors want independence. So do their children. Governments are way behind the eight ball is keeping up with these major social developments of the day. If they act now, it will cost the economy less than if we pretend it doesnt exist. It will also boost productivity among the old and the young, he said.

Most people who reach the traditional retirement age, look forward to spending more time together, particularly doing a lot of travel, even though many choose to work part time as a necessary step to increase their inadequate superannuation, he said.

But, they are now denied this well-earned right because their children pressure them to look after the grandchildren so both parents can be in full time employment and maintain a lifestyle that their parents never experienced.

Seniors become five days a week slaves because their children prey unashamedly on grannys undeniable love of grandchildren. Their motivation is that, by avoiding child care fees, they save at least 10 percent of their pay packet. This act of selfishness, represents elder abuse on a grand scale and it is a disgrace. Indeed, it can be a breach of age discrimination laws, he said.

Right now, 40 percent of children in Australia are cared for by grandparents and this figure increases daily as more and more parents feel growing cost pressures and take children out of child care centres to relieve the burden of this problem. Indeed, 2 out of 3 parents want their parents to care for their children on a regular basis. This is not surprising as 66 percent of mothers are in employment, he said.

The one who suffers most from this form of elder abuse is Grandma. In many circumstances, she was denied a career because the social pressure of her era made her a stay at home mum. Now, in her senior years, she dreams of getting back into employment to prove the skills that she was stopped from using all those years ago. But, she is denied it once more by children who forget that she has human aspirations just as much as they do.

Its bad for national economics too as, with a falling birth rate and an ageing workforce, she is needed as a positive contributor, Everald Compton said.

Of course, this issue must also be looked at in reverse. Too many older Australians expect their families to be their carer at home when they reach the stage of advanced geriatric illness. This must cease too as it is another form of child abuse and too many oldies prey on their childrens love in those circumstances. Clearly, we need more nursing homes, he said.

Editors note: Everald is Chairman of ATEC Rail Group Ltd, Surat Basin Rail Pty Ltd, Steel Mississippi Pty Ltd and Tenement to Terminal Pty Ltd. Professionally, he is a Certified Practising Accountant and a Certified Practising Marketer. He is the former Chairman of National Seniors Australia and has taken-up a new role as Chairman of the Federal Governments Panel on Positive Ageing. He is also Chairman of the Everald Compton Charitable Trust, an Elder of the Uniting Church and an Honorary Senior Fellow of the University of the Sunshine Coast. Everald became a Member of the Order of Australia in 1993 and was awarded the Centenary Medal in 2001 for his services to the Transport Industry.