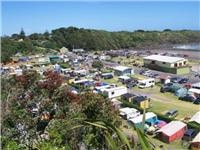 As thousands of Kiwi families pack their camping gear in readiness for summer getaways, holiday parks are expecting their busiest-ever season.

"There has never been a better time to explore New Zealand, petrol is relatively affordable and we have the bonus of an extra long weekend as a result of the Mondayisation of Waitangi Day, Holiday Accommodation Parks Association of New Zealand (HAPNZ) Chief Executive Fergus Brown said.

But, with record numbers of international visitors expected to arrive this summer, holidaymakers will need to book ahead to ensure they get the accommodation they want.

There is still space available through January in many holiday parks. But it will definitely pay to check park websites and book ahead, he said.

The data for November/December 2015 shows confidence has risen eight points to +87, indicating that 87 percent of respondents are currently more optimistic than pessimistic.

This is nine points higher than the same period in 2014, suggesting that respondents expect this summer to be even more successful than 2014-15.

Demand for November/December 2015 compared to the same month last year increased 3 points from the level recorded in the October/November survey. 60 percent of members surveyed thought demand had increased, 11 percent indicated it had decreased and 26 percent saw no change.

All we need now is some great summer weather so campers can enjoy all the fun of a traditional Kiwi camping holiday. HAPNZ members and I want to wish everybody a happy, safe and enjoyable holiday season, Fergus Brown says.

Editor's Note: Angus Associates is a premier supplier of marketing, research and strategic planning services. They are focused on delivering informed insights for a range of private and public sector clients, particularly within the tourism and leisure sectors.

Guest nights to holiday parks are made up of about 32 percent international visitors and 68 percent domestic visitors.

While staying at holiday parks guests contribute almost $1 billion in direct expenditure to the local communities.

About $594 million (59 percent) of the expenditure is contributed by domestic travellers, with the balance of $405 million (41 percent) by international travellers.