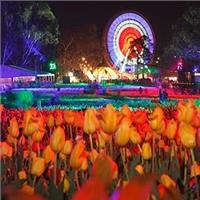 An Organisation for Economic Co-operation and Development (OECD) report ranks the 362 regions of its 34 member nations according to nine measures of well-being and Canberra is Number One. The report also says Australia is the best country to live in.

Gareth Evans reports in the Sydney Morning Herald that the report also shows NSW and Victoria are among the worst in Australia when it comes to housing, coming 6th and 7th out of eight regions measured (the worst is the Northern Territory).

The OECD says regions in the world that are similar to the ACT include western Norway, New Hampshire and Stockholm. Australia places best in the world when it comes to country-by-country rankings. It is followed by Norway, Canada, Sweden and the United States.

If each topic, across access to broadband, education, income, jobs, environment, health, safety, housing and civic engagement is equally weighted then Canberra is the top ranking region in terms of well-being worldwide.

In June the agency released a smaller data set of eight measures, which also gave the territory a perfect score on crime, average household disposable income, and voter turnout, and the top Australian rating.

The Canberra Times reports that the OECD rankings for Canberra are:

The recently added housing dimension was measured by the ratio of rooms per person - at 2.4 rooms a person in Canberra.

Editors Note: These stories from the GoSee Library show the many interesting aspects of the ACT.