Ranger moves to No. 2 Ute in Oz as it challenges Hilux 32-year New Zealand run 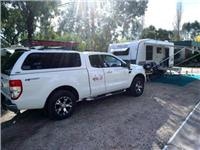 Twenty fourteen has become a milestone year for the Ford Ranger as it has broken each of its monthly sales records through October in Australia while closing in on Toyota Hiluxs record of 32 consecutive years as New Zealands best-selling Ute.

Fords award-winning, Australian designed and engineered Ranger shot up to the No. 2 ute sales spot so far in 2014 in Australia to become Toyotas top challenger while sharply cutting its sales lead. This builds on a longer-term trend where Ranger has more than halved the sales gap to Toyota Hilux while increasing its segment share 50 percent to 15.5 per cent since 2011.

More and more customers are discovering Rangers great combination of leading capability, toughness, safety and smart technologies, said Bob Graziano, President and CEO, Ford of Australia and New Zealand. This is a testament to the innovation of our Ford of Australia team that designed and engineered Ranger to be the leading ute to help our customers do their jobs.

The fact that Ranger was designed and engineered in Australia means it has proven capability in our harsh conditions; something that our customers recognise, said Graeme Whickman, Vice President of Marketing, Sales and Service. With a choice of diesel engines in both 4x2 and 4x4 with multiple body configurations, its a vehicle that fits perfectly with the requirements of customers across Australia and the world.

When you look at the Ranger model lineup, with key customer-focused features like leading capability, SYNC connectivity with voice control, 5-star ANCAP safety on all models and then add in high levels of refinement, it is no wonder customers are flocking to dealers.

The Rangers leading capability is its key selling point since many customers use the truck for work to make their living.

Ranger delivers a higher maximum towing rating of 3.5 tonnes and greater carrying capability than Hilux, with a 1-tonne payload across the range.

The Ranger also out-performs the Toyota with 5-star ANCAP safety rating on every model in the range in Australia*.

Rangers success has not just been confined to Australia. The pick-up has also been a huge hit across the Tasman, where it outsold the Toyota Hilux to become the top selling pick-up in 2014 as at the end of October.

This year, Ranger sales in NZ are up 31 per cent up for through to the end of October compared to the same time last year. This momentum has even moved Ranger within striking distance to the top-selling Toyota Corolla as there are only 26 units separating the two.

Ranger has not only been the top selling pick-up so far in 2014 but it has surpassed its key competition for residual values. According to NZ leasing companies, the Ranger has a stronger residual value than the Toyota Hilux.

The Ford Ranger has been recognized by Australias Best Cars 4x4 Dual Cab Ute award for the second year running.

The highly respected award was part of the groups evaluation of 220 vehicles this year, following 12 months of independent evaluation and a week of exhaustive back-to-back testing at Anglesea. The Ranger was selected as it represents the best of the best for Value for Money, Design and Function, and On Road Performance.