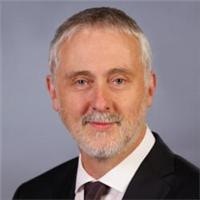 The Victorian Government is delivering on its election commitment to reward hard-working Victorians by introducing annual public holidays for Easter Sunday and Grand Final Friday.

Acting Minister for Small Business, Gavin Jennings, today released the Regulatory Impact Statement (RIS) for the public holidays: an independent analysis of the potential costs and benefits of their introduction.

The RIS, undertaken by PricewaterhouseCoopers (PwC), is now available online and will be open for public comment for 28 days. After public feedback is considered, the new public holidays will be officially introduced via a notice in the Government Gazette.

The RIS identifies that the two new public holidays will deliver as much as $312 million in benefits to the Victorian economy, noting that the benefits could be much higher.

There are a number of benefits that the RIS identifies but have not been factored into the analysis. These benefits, potentially worth millions of dollars, include:

Up to $51 million in increased tourism expenditure in regional Victoria.

Up to $49 million in increased expenditure from complementary sporting events and activities.

Increase in interstate and international tourists.

Other benefits highlighted include a boost to the states tourism and hospitality industries, with the addition of a new long weekend expected to drive more visitors to the regions and increase occupancy rates in hotels, restaurants, cafes and bars across the state.

Additionally, the introduction of Easter Sunday as a public holiday will ensure that workers who need to work over the Easter weekend are paid fairly. The previous Liberal Government removed the Easter Sunday trading restrictions in 2011 but did not make it a public holiday, forcing many workers to take time away from their family without fair compensation.