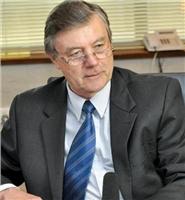 VACC is appalled by the Federal Governments threat to reimburse not motorists, but fuel companies if the Senate does not approve the fuel excise increase, industry website Autonews reports today.

Labor, the Greens, the Palmer United Party and other Senators have been told by the Federal Government that fuel companies would have a windfall gain if the Senate does not approve the recently announced fuel excise increase.

The Federal Government wants to take more money off motorists and consumers, who already pay quite enough tax on fuel, and is threatening to give it to fuel companies if it doesnt get its way. This is not the way politics should be done in Australia, VACC Executive Director, David Purchase, said.

Motorists are not cash cows to be exploited and the Federal Government has to stop milking them dry. Road users cannot be expected to keep giving as they already pay road tolls, insurance premiums, vehicle registration, licence fees and high fuel prices. Enough is enough.

As well as voicing concerns about motorists, VACC, which represents more than 5,000 businesses in Victoria and Tasmania, is concerned about the affects of the increase on consumers and small business.

The tax hike will make the cost of doing business and providing goods and services higher, compounded by the additional impost of GST on top of fuel excise (a tax on a tax). Businesses will look to pass on the higher costs and ultimately they will be passed to the consumers.

Small business will suffer in many ways. If motorists change their driving habits, as a result of the increase, it could lead to lost sales for independent service station operators. Faced with the prospect of passing on the tax hike to consumers, some small business owners might choose to absorb the increase which will put more pressure on already tight margins and small businesses which run vehicles or small fleets might restrict their transport movements, affecting their competitiveness.

In addition to opposing the increase on fuel excise and our concerns about its impact on motorists, consumers and small businesses, we are also concerned about the reintroduction of fuel excise indexation. This was removed, for good reason, prior to the introduction of GST. Its reintroduction means the automatic adjustment has no ceiling or expiry date, and will not take into account other economic challenges faced by small businesses, David Purchase said.